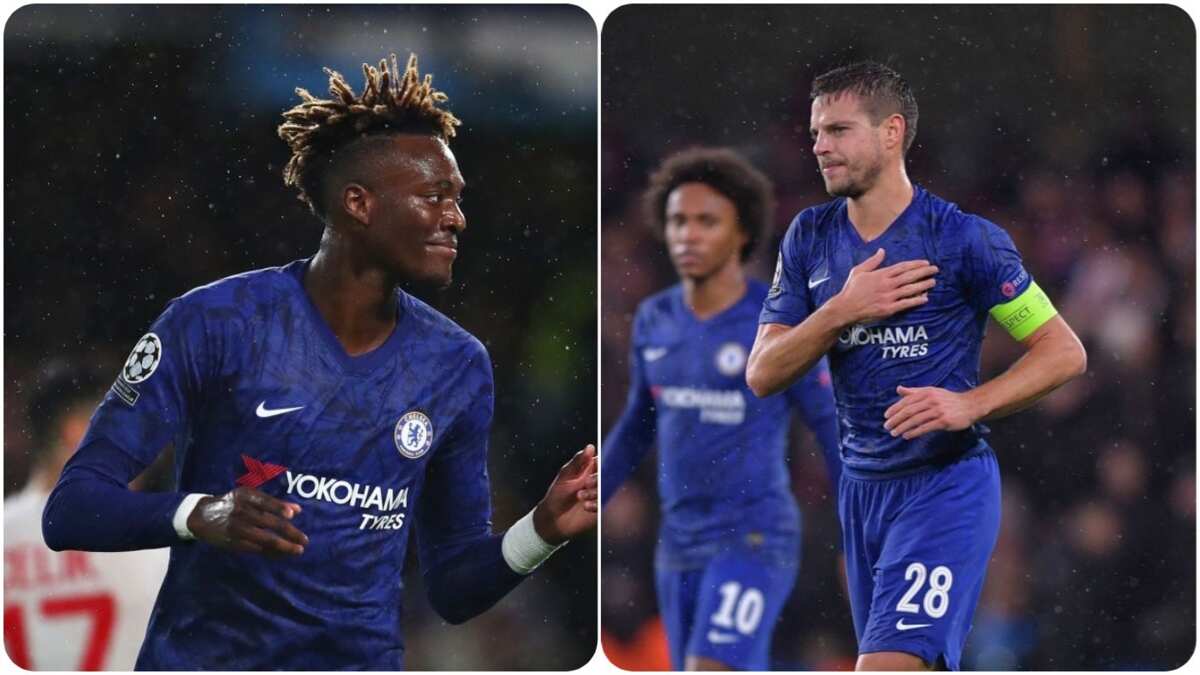 The match saw German defender Antonio Ruediger return to the club’s starting line up for the first time since April as he partnered Kurt Zouma in the heart of defence.

England-born of Nigerian descent Tammy Abraham put the Blues in front after connecting with Willian’s square pass from the right flank in the 19th minute.

The west London club enjoyed a nice build-up from their half before they went ahead to break the deadlock in the first twenty minutes of the encounter.

Cesar Azpilicueta doubled the hosts’ lead with just ten minutes to wrap up the first half of the encounter.

The 30-year-old Spaniard rose up above his opponents to head home Emerson’s corner, again, from the right flank to put the home team in a comfortable position.

Coach Frank Lampard’s men continued mounting pressure on the visitors as they needed nothing but a win to ensure they reach the next stage of the competition.